Crystals and twinning workshop during the IUCr Congress, Geneva , August 2002

A workshop on the first day of the IUCr Congress and General Assembly aimed to cover methods for dealing with twinned data sets including tools for analysis and refinement within the structure refinement package CRYSTALS.

The day was organised by Richard Cooper, David Watkin, and Simon Parsons, and included talks from Christer Svensson of Lund University and Lee Daniels of Rigaku/MSC. 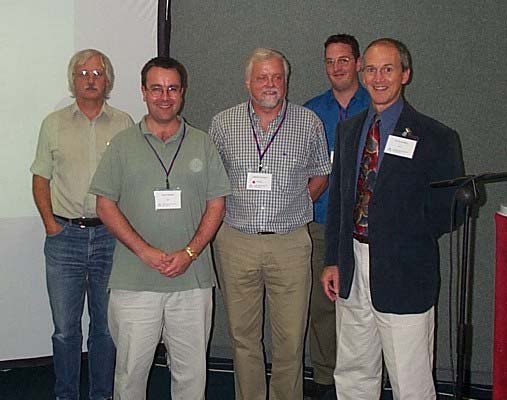 The morning was an introduction to basic structure solution, refinement and analysis using the CRYSTALS package. The majority of the time was hands-on, working through examples on the PCs provided: Although some of these were of questionable quality we muddled through with the help of participants’' laptops and the enthusiastic support of the on-site IT support and eventually had everyone paired up around a working machine. Recent developments to the tools for analysing data during the refinement were highlighted. Plots of I and σ(I), merging-R and systematic absence violations gave users the chance to spot problems with their data before they even solved the structure. Later, plots of residuals, weighting schemes and Fo against Fc, proved to be very useful for spotting trends such as extinction and outliers in the data.

The morning finished with a complementary talk from Lee Daniels about CrystalStructure, Rigaku/MSC's structure refinement and analysis package, followed by a five minute space group quiz for participants, written using CRYSTALS own scripting language for which the prize was a traditional triangular-prism chocolate bar of the region.

The first half of the afternoon focused on the twinning. Simon Parsons gave an excellent lecture on the causes and problems arising from twinning and covered many programs that can be used to identify and resolve the problem at either the data collection or the refinement stage of an analysis. Christer Svensson talked about his program TwinSolve for the routine solution of twinned data sets. The workshop broke into small groups to work through a set of questions, covering both meroderal and non-merohedral twinning.

Everyone solved three twinned data sets, including one requiring use of a Patterson map. The structures were refined, a twin law found and applied and then the structures refined to completion. The use of ROTAX and the addition of a graphical interface make these steps very straight-forward within CRYSTALS to the extent that these could perhaps be described as a 'routine twins'.

Fig 2: Participants at the Crystals and twinning Workshop

Finally, everyone took part in another interactive quiz, this time "Who wants to be a crystallographer?" including the famous 50/50, ask the audience and phone a friend options. Not only did the winner obtain the prestige of being an expert crystallographer, but also another local triangular chocolate speciality.

CRYSTALS is free for academic and not-for-profit institutions from http://www.xtl.ox.ac.uk/crystals.html. As always, we gained a number of useful ideas from new users at the workshop about how the system could be improved, and we are grateful to everyone who participated. Special thanks go to Lachlan Cranswick who provided much help in working around the hardware related problems that we encountered.

Thanks to the IUCr Geneva congress organisers, a Software Fayre was held during most of the IUCr Geneva Congress (first and last day excluded). Computers with Windows and Linux were supplied, as well as a projector system for presentations. A variety of talks and software demonstrations were given, including Alan Hewat on the ICSD for Web; Richard Cooper and David Watkin on the Crystals suite; Radovan Cerny on Fox; etc. The following photos should hopefully give a flavour of what went on. 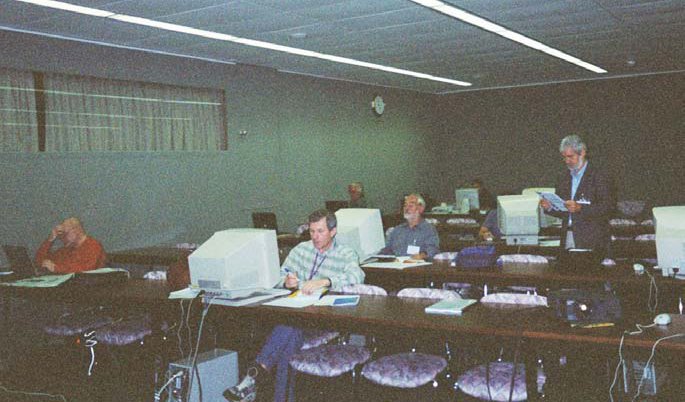 Fig 1: Software authors setting up software and preparing for their demonstrations (Robin Shirley, Paul Beurskens and David Watkin are visible) plus participants trying out the various software in their own time. 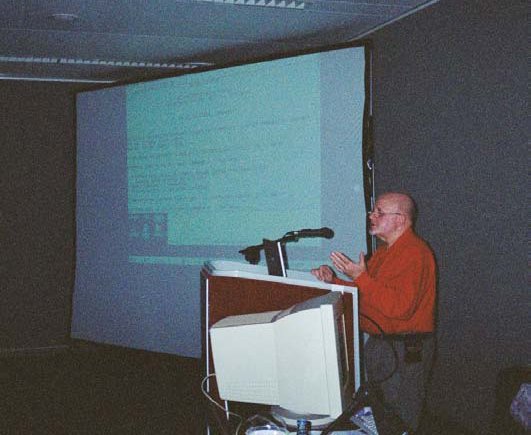 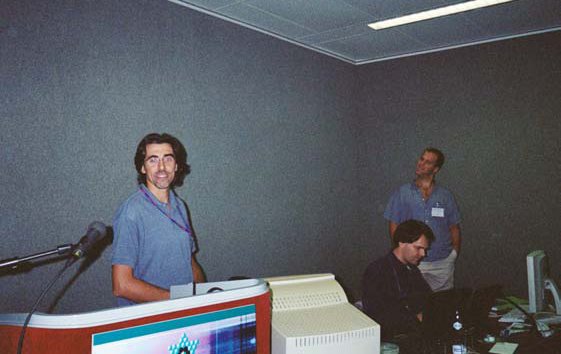 Fig 3: Luca Lutterotti setting up for his MAUD for Java materials analysis Rietveld software presentation. (http://www.ing.unitn.it/~luttero/) Ralf W. Grosse-Kunstleve tapping away on a laptop in preparation for his demonstration. 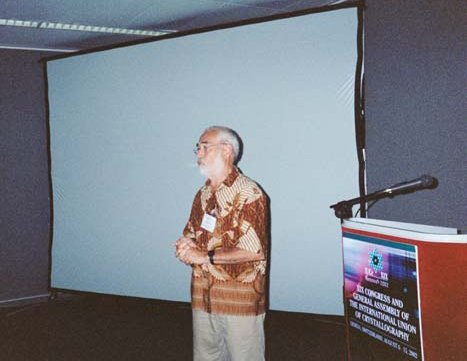 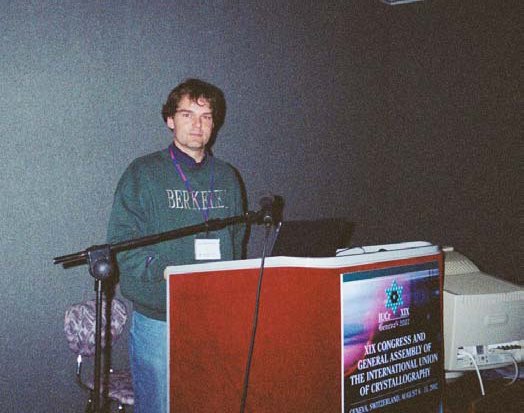 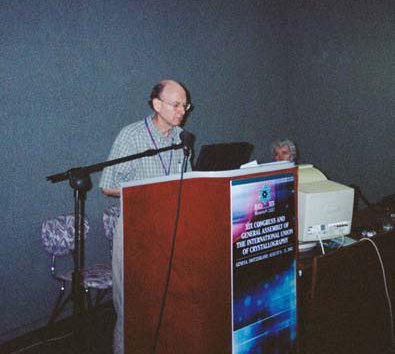 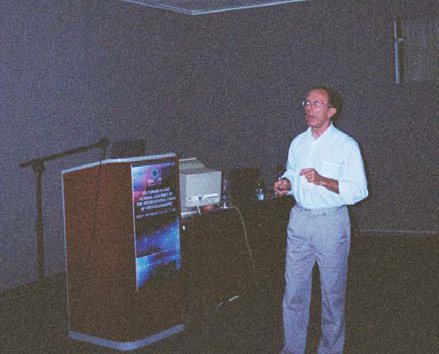