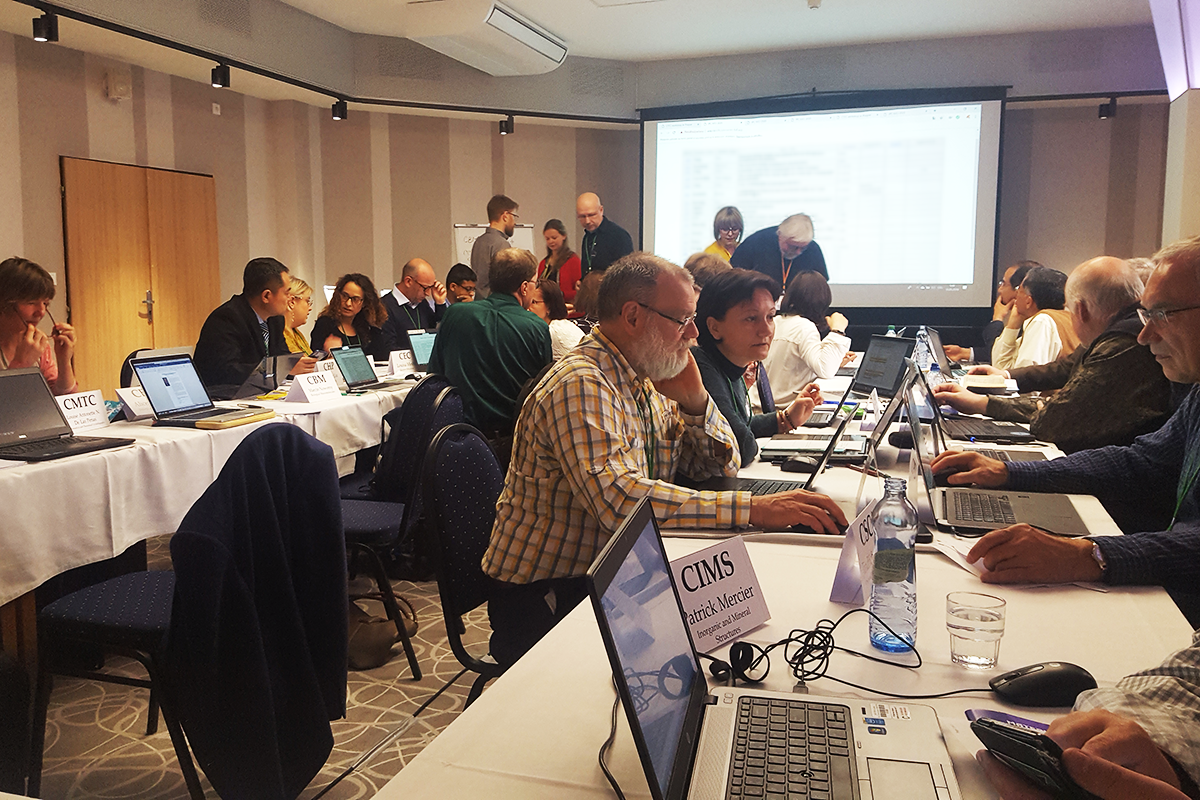 The IPC hard at work.

The next Congress and General Assembly of the IUCr in Prague is taking shape. Congresses are important because science is a social undertaking: we need to meet, discuss and interact face-to-face to make new contacts, get new ideas and forge new friendships. We are a community with very wide interests and our science impacts many areas in the physical, chemical and biological sciences. It is natural that many of the meetings we attend are not primarily crystallographic but deal with questions where crystallography is but one of the pieces of the puzzle. It is important for the cohesion of crystallography that we also meet among crystallographers to rethink and reinvent our own area of expertise. 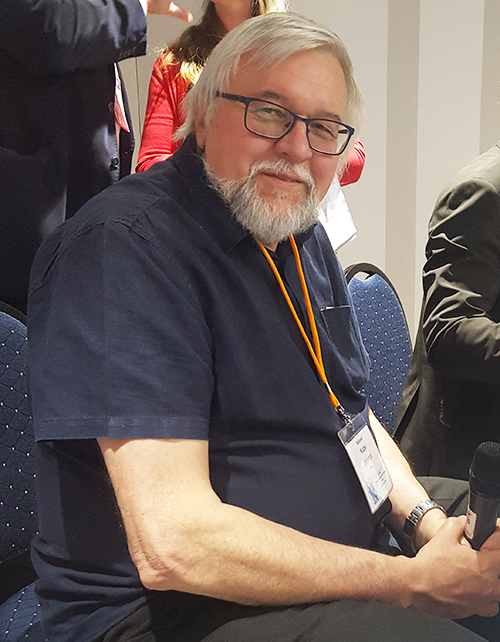 Congress Chair Radomír Kužel during a brief rest from the decision making during the IPC meeting in Prague.

The programme for the Congress was discussed intensely and sometimes heatedly during the International Programme Committee (IPC) meeting, which took place from 14 to 17 May 2019. It is an excellent sign of health that we all feel strongly about our science. The multifaceted nature of crystallography makes the difficult choices made by the IPC an embarras de richesses. There is no problem in finding topics to include in an exciting programme, the difficulty lies in all the fascinating possibilities for which we find no room this time around. The programme will appear on the website as soon as the invited speakers have accepted. We can hope for a very exciting Congress with excellent science in the city of Prague in 2020.

The IUCr was accepted into the International Council for Science (now the International Science Council) as a scientific union in 1947 and the first General Assembly was held in 1948. From 1969, the Union was legally domiciled in Geneva, Switzerland, as stated in the Statutes and By-laws: 2.3. The legal domicile of the Union is in Geneva, Switzerland.

This is an interesting arrangement as the working address of the secretariat (the Executive Secretary) and all the permanent staff working for the Union and the Union’s journals is in Chester, Great Britain, but it reflects an arrangement that has worked very well over the years and it has allowed the Union to maintain a tax-exempt status that has been financially beneficial to our operations without the need for a General Assembly to be held annually, as would be the case for many other domiciles, including the UK.

This status has now been questioned by the Swiss tax authorities and their concern is whether the turnover of the commercial branch of the Union is disproportionally larger than the turnover of our charitable branch. The Executive Secretary has therefore started collecting statements from members of our community asking them to estimate the number of unpaid hours they devote to the IUCr each year. We hope that the accumulated number will convince the Swiss authorities that we are indeed a charitable organisation rather than a commercial enterprise. Although there is no guarantee of success, we hope this exercise will help us to profit from a maintained tax-exempt status.