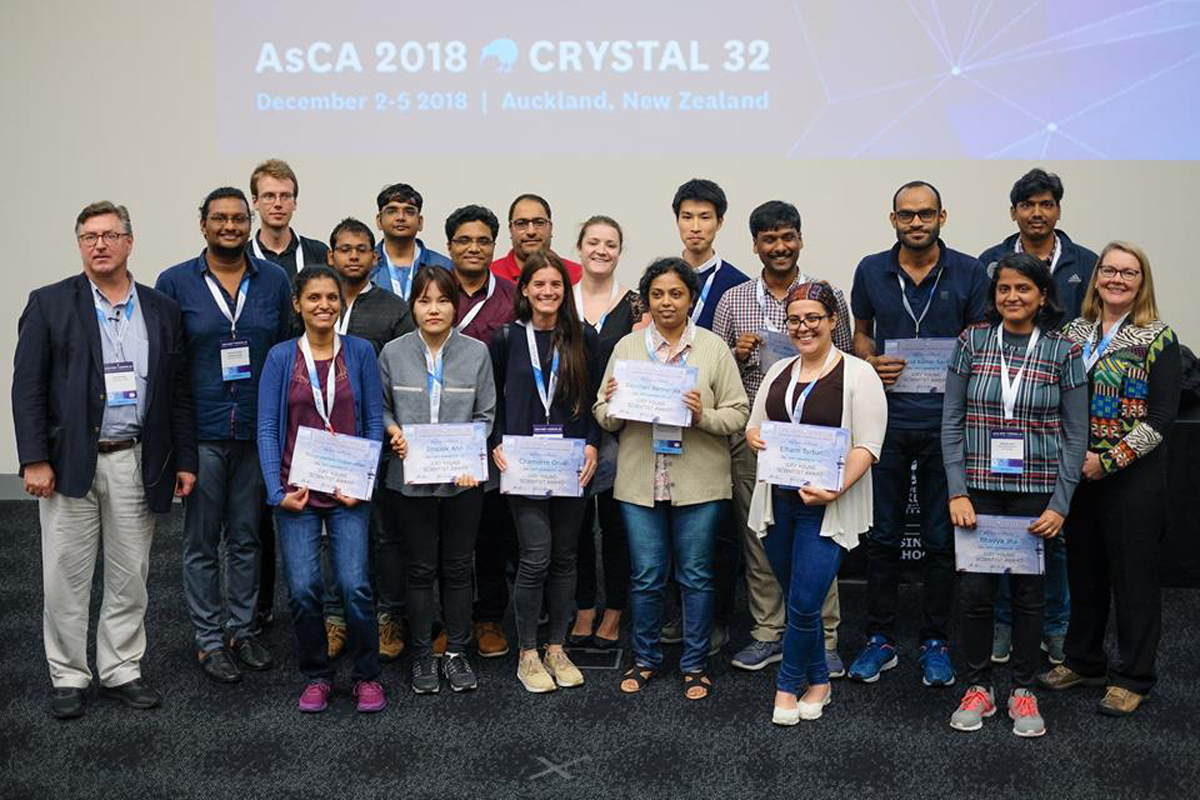 The 15th Conference of the Asian Crystallographic Association (AsCA) was held in Auckland, New Zealand, from 2 to 5 December 2018, in association with the 32nd meeting of the Society of Crystallographers in Australia and New Zealand (SCANZ). The conference venue, at the University of Auckland, proved to be an outstanding one, with excellent lecture theatres and very good spaces for delegates to mingle, and for interaction with each other and with the sponsors.

The conference attracted an impressive total of 477 registrants from 28 countries, with very pleasing attendances of scientists from Japan (86), China (47), Taiwan (29), Korea (34), India (19) and other Asian countries. Included in the attendees were 20 young scientists supported from IUCr funding.

The scientific programme included Plenary lectures by David Eisenberg (USA), Susan Lea (UK), Cameron Kepert (Australia) and Amy Rosenzweig (USA); that by Professor Eisenberg, "Proteins on the Edge: Amyloid Formation in Health and Disease", was opened to enable members of the public to attend. Keynote lectures were given by Yanli Wang (China), Hiroshi Kitagawa (Japan), Richard Neutze (Sweden), Catherine Day (New Zealand), Deanna D’Alessandro (Australia) and Ayana Sato-Tomita (Japan). The meeting opened with a special lecture on “Crystallography as seen through the lens of the Nobel Prize” by Anders Liljas (Sweden) and concluded with a Rising Stars Symposium featuring six outstanding young scientists from Australia, Japan, India, Pakistan and New Zealand. The general programme was organised into three parallel streams of six microsymposia each, broadly subdivided into Biological Crystallography (including cryo-EM), Chemistry and Materials, and Advanced Methods.

A very enjoyable conference dinner, sponsored by Rigaku and preceded by a traditional Maori welcome, was held in a spectacular venue at the Auckland Museum, situated on the flank of one of Auckland’s volcanic cones, and looking out over the harbour and beyond.