IUCr2020: Workshop and meeting of the International Programme Committee 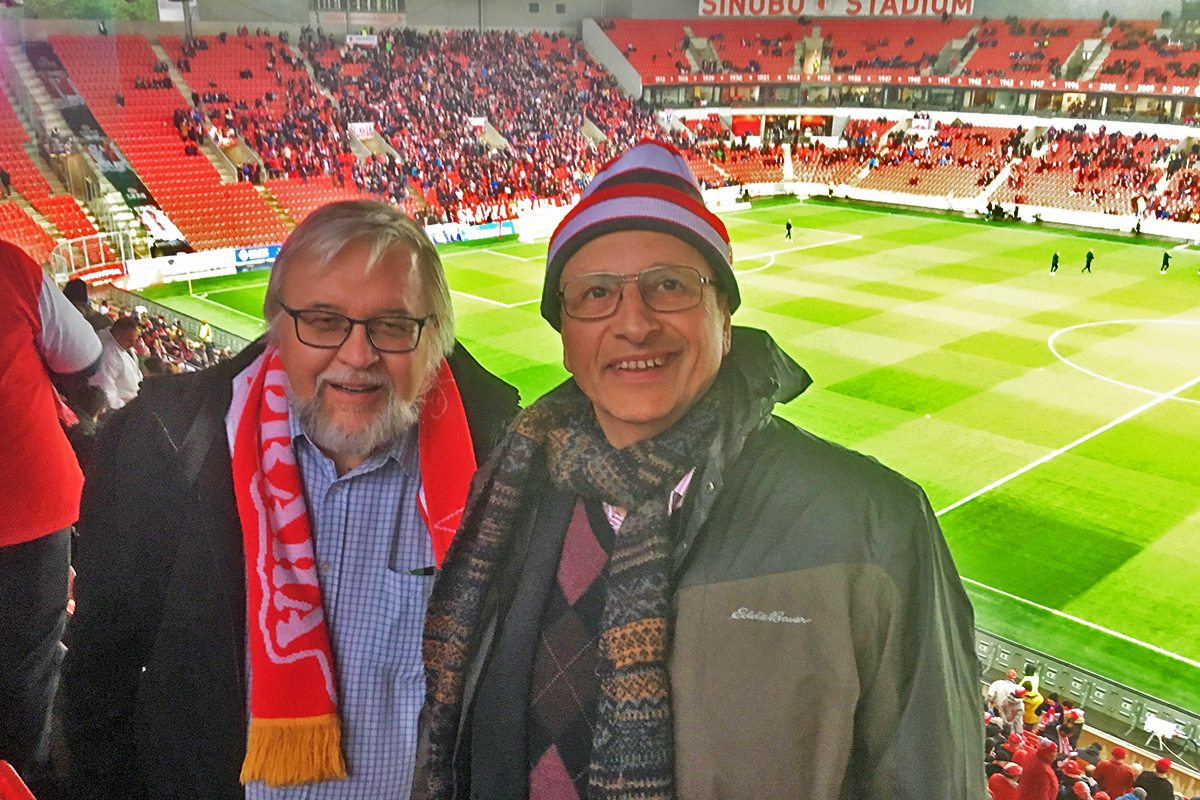 It is a tradition of IUCr Congresses that the programme is put together during a three-day meeting of the International Programme Committee (IPC), usually in a location close to the Congress venue. When we discovered in Hyderabad at the last IUCr Congress that the costs for future IPC meetings would not be covered by the IUCr budget, we considered cancelling such a meeting and discussing everything online. However, our own experience and the advice of preceding organisers of IUCr Congresses led us to the conclusion that the IPC meeting should still go ahead and that we would find a way to organise it. Such a face-to-face meeting can be very efficient in comparison with sometimes endless email discussions.

During discussions on the form of the meeting, we took into account that this will be the 25th anniversary of the Congress and therefore it would be worthwhile to prepare some overviews about what is going on in crystallography. As the scientific work of the IUCr is conducted through its Commissions, we asked them for their help. We suggested that, in addition to the IPC meeting, we could start with presentations from all the IUCr Commissions (i.e. their representatives in the IPC) in a one-day event, which we called the Current Trends and Future of Crystallography (CTFC) workshop, and open it to the public. We also made an effort from an early stage to communicate quite frequently by email with Commission and IPC members in order to keep their discussions on the Congress alive and avoid just picking up the topics a few hours before the deadline. It appeared that everything was useful and well accepted and led to very efficient work by the IPC. Therefore, we can recommend it for future Congresses, and summarise the basic points below.

Early setup of the IPC

In spring 2018, we selected the IPC members and sent out emails, inviting them to accept the role and providing a list of tasks. The IUCr Executive Committee approved the IPC in May 2018.

Then the place and time of the IPC meeting and CTFC workshop were determined. From dates offered during March to May 2019, only one week in May seemed to suit everyone. Announcing the date early is useful for the committee members as they can plan well ahead and may be able to take advantage of better hotel and travel prices.

IPC members and guests in the Prague Congress Centre.

In August 2018, all IUCr Commission Chairs were sent a request to prepare a text for presentation by their IPC representative at the CTFC workshop; each speaker slot would be approximately 15 minutes. This initial request was followed by several reminders with deadline extensions from 1 March 2019 to the end of April 2019. The instructions for the texts were as follows:

'As the IUCr Commissions are different we are not imposing any strict restrictions on the text length or the content. All contributions should start with a short description and explanation of the Commission subject. This can be followed by more detail if there are more streams in the subject, examples of advances achieved, highlights from previous years, problems to be solved etc. The activities of the Commission can be mentioned, in particular in connection with the above items, but they should not be the only element.'

Database-driven software for online input, editing and lists of everything

A true online database allows for very flexible work and the easy generation of different lists, categories etc. Our database was designed and prepared in autumn 2018 but the scripts are being modified continually. The IPC members have had access to the data from the beginning and, of course, most importantly, during the IPC meeting. In addition to the lists ordered by Commission, priority and, for people, region, country and gender, the so-called classified lists were generated according to the fields of interest in a similar way to the ECA focus areas. They were also used to create some balance between these areas in the programme. Unlike the ECA, multiple assignments of the lectures and sessions were allowed. The classifications used were Biological and macromolecular crystallography; Physics and fundamental crystallography; Materials and minerals; Chemical crystallography, structures; Methods, instrumentation; Theory, computation, modelling, data, standards; and General interest.

This full-day workshop was organised at the Prague Congress Centre on 14 May 2019. After a short opening, an introductory speech on current trends and the future of crystallography was given by one of the sponsors – Dubravka Sisak-Jung from Dectris – and then each Commission representative gave a short presentation. The proceedings have been published in Materials Structure.

In addition to the IPC members, the workshop was open to other participants giving a total number of 70 people. After lunch, the participants had a chance to see the whole Congress Centre in an hour-long excursion. The programme ended with dinner, and a few of us also attended the evening concert by Toto Cutugno, which was held in the hall where the Congress Opening Ceremony and plenary lectures will take place.

This was the first time such a meeting had been organised but we think that it was well received, and some of the IPC members strongly recommend that it should be repeated in advance of future Congresses. It is especially helpful that all the IPC members can see from the beginning the problems and topics of all the other Commissions. The subsequent discussions about the programme are then easier and compromises can be much better achieved.

The IPC admires the magnificent view from the Prague Congress Centre during their excursion.

The IPC meeting on 15–16 May 2019 was held at the Hotel Olsanka, which was where all the IPC members were staying. In a departure from the agenda, it was suggested that we start by discussing and then voting on plenary lectures then keynote lectures and finally microsymposia. We had to cut the number of proposals quite substantially: plenary lectures from 26 to three, keynote lectures to 34 (about one third of all proposals) and microsymposia to 104 (about one half of all proposals). The co-chairs were not discussed in detail. After quite a lengthy preparation, the work of the IPC appeared to be efficient and we arrived at the above reductions in one and half days. The list of keynote lectures and microsymposia was approved by the IUCr Executive Committee in June 2019.

For more information on the IUCr Congress in Prague 2020, see here.