Laying the foundations for the future: The African Crystallographic Association 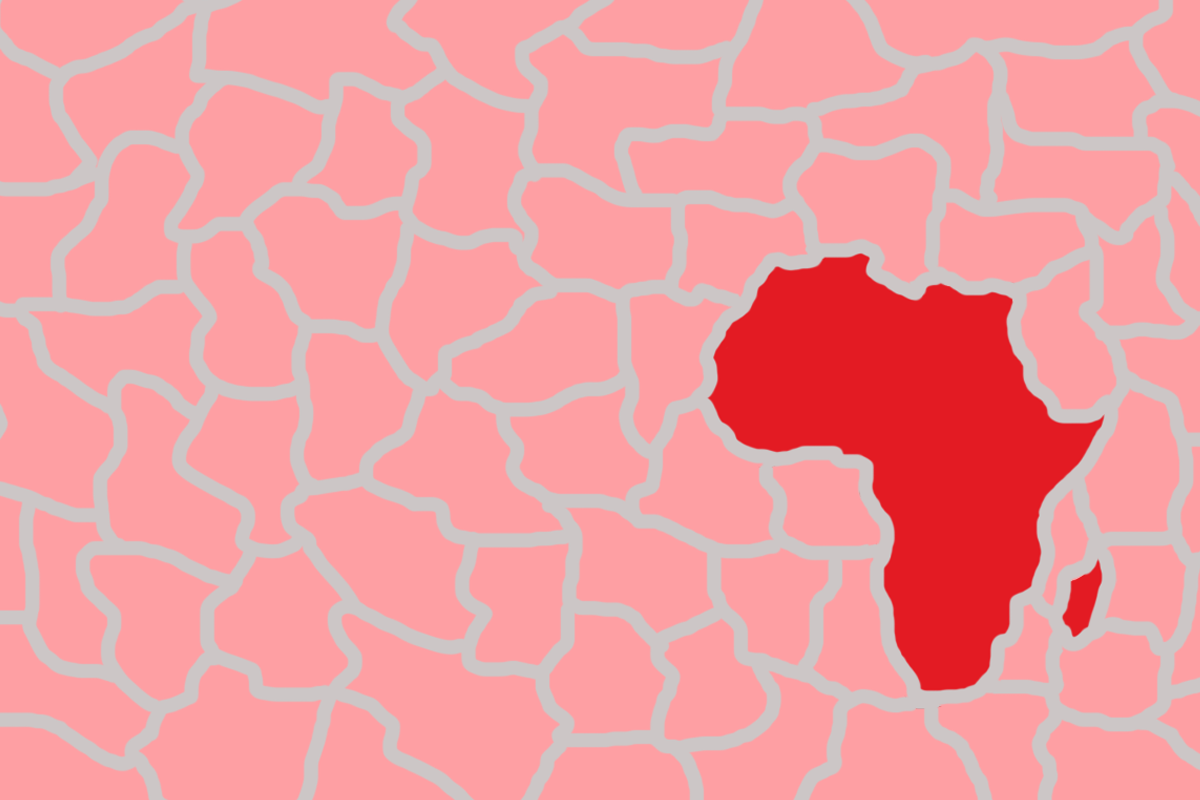 Africa is a continent full of potential. It has the world's youngest population and abundant natural resources despite being the world's poorest and most under-developed continent. The growth of science and technology in Africa is crucial in order to develop this huge potential and to lead to lasting change in the lives of its 1.2 billion inhabitants. Crystallography underpins so many sciences and could thus be a vehicle for this change. The development of crystallography in Africa will promote scientific cooperation between the continent's 54 countries, as well as provide solutions to many of its pressing problems in areas such as pharmaceuticals, agriculture, value-added materials and mining.

Currently, Algeria, Cameroon, Egypt, Morocco, South Africa and Tunisia are represented at the IUCr by adhering bodies. However, there are practitioners of crystallography in many other African countries. To enhance communication between crystallographers in Africa, and to grow expertise in the field, the idea of an African Crystallographic Association arose.

The IUCr Crystallography in Africa initiative, launched in 1999 following a proposal by Jan Boeyens and presently chaired by Claude Lecomte, has for some time been working to promote the development of crystallography in Africa. During the International Year of Crystallography in 2014, one of three IUCr-UNESCO summit meetings was held in Bloemfontein in South Africa. The summit, organised by André Roodt with the theme 'Crystallography as a vehicle to promote science in Africa and beyond', was preceded by a conference focussing on crystallography in Africa. One outcome of the summit was a declaration in the form of a letter of appeal for the initiation and support of regional scientific collaboration, particularly in crystallography. This letter, signed by 73 attendees at the summit, envisaged the formation of an African Crystallographic Association, AfCA. A steering committee for the formation of AfCA, chaired by André Roodt, was formed at this meeting. This consisted of representatives from nearly 30 countries across Africa. The closing ceremony of the International Year, held in Morocco in April 2015, incorporated a conference on the theme of 'Crystallography for the next generation'. At this event a letter of commitment was signed, which included resolutions to build capacity in crystallography in the developing world. 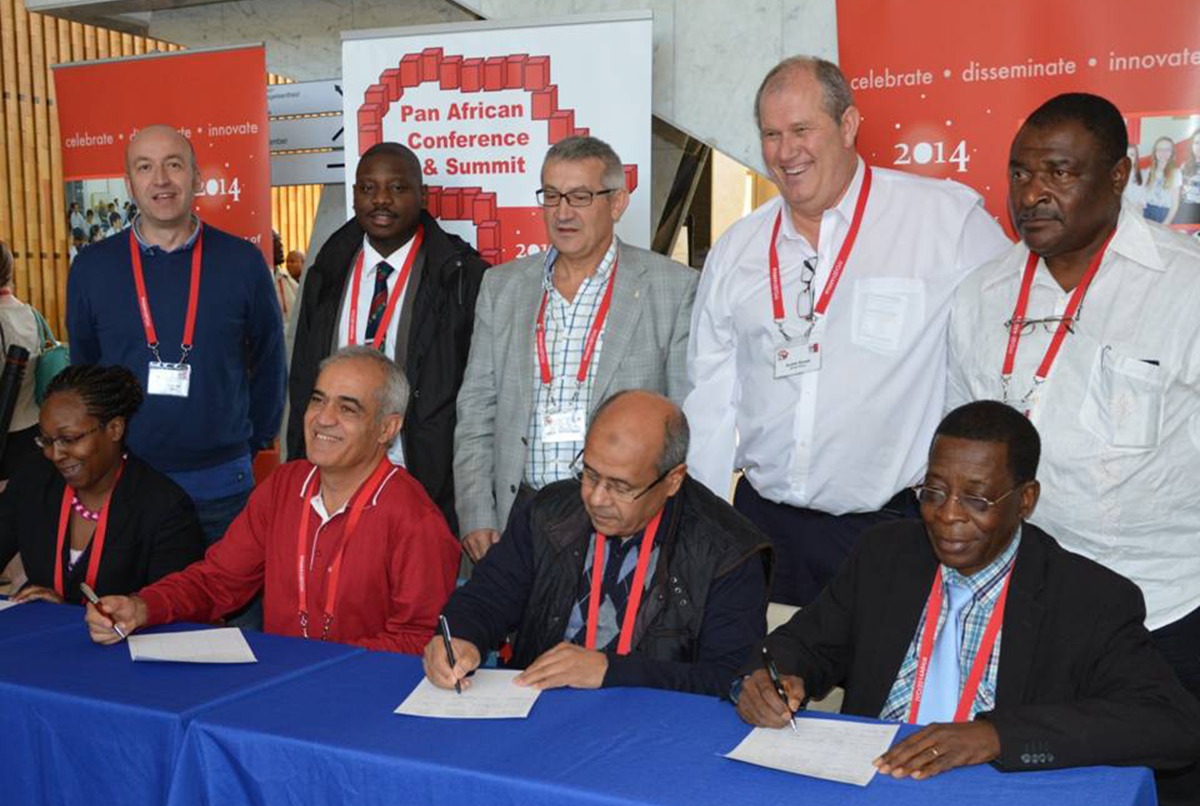 In 2016, the first Pan African Conference on Crystallography (PCCr1) was organised in Dschang, Cameroon. The theme of this highly successful conference was 'Crystallography for sustainable development in Africa'. Apart from the oral and poster communications, there were two important round tables devoted respectively to 'Crystallography as vehicle to promote science in Africa and beyond' and 'Equipment for African laboratories and the African light source, AfLS'. During these two meetings, the path towards AfCA was discussed.

A number of African delegates attended the 24th IUCr Congress in Hyderabad, India, in 2017, at which there were two meetings related to crystallography in Africa. The first was an open session on 'Crystallography in emerging nations: Projects for a sustainable development of education and research infrastructure in Africa'. The aim was to present projects and activities related to crystallography in Africa and to highlight possible synergies among scientific unions and other bodies (UNESCO and ISC), in order to facilitate a sustainable development of education and research infrastructures in Africa. During the second meeting, the steering committee of AfCA (AfCA-SC) was restructured into its current form: a representative from each of five regions in Africa, as well as three ex-officio members, a chair and a secretary.

In early 2018, a conference and an OpenLab were held in Abidjan, Côte d'Ivoire, to celebrate the inauguration of a diffraction laboratory containing a single-crystal and a powder diffractometer, at Université Félix Houphouet-Boigny. This meeting saw renewed commitment to drive the formation of AfCA forward.

The second PCCr meeting was held in Accra, Ghana in January 2019. The theme of the conference was 'Crystallography, a tool for sustainable development in Africa'. The AfCA-SC members met several times during the conference, and made great progress in planning for the association. André Roodt stepped down as the chair of the steering committee, and Delia Haynes was chosen as the new chair. Several new members of the AfCA-SC were also appointed, including Rim Benali-Cherif and Gift Mehlana. 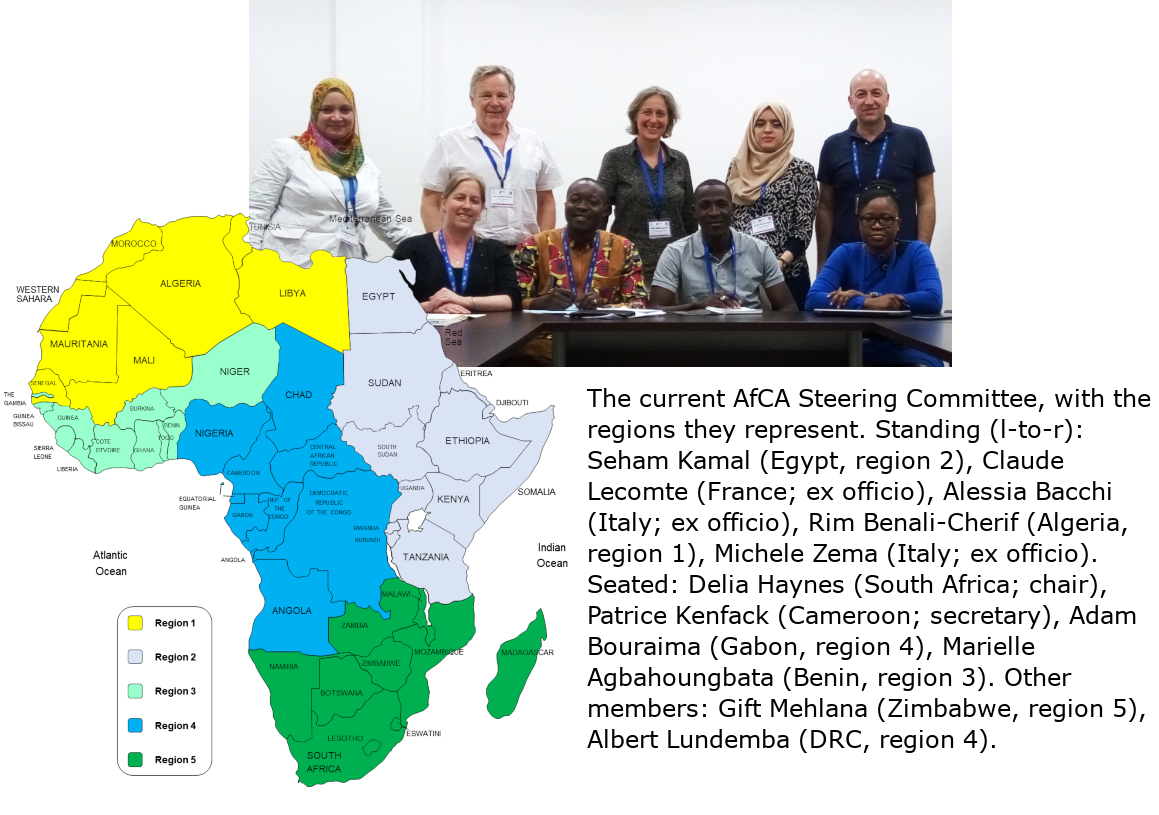 Since PCCr2, the AfCA-SC has launched a Facebook page for AfCA, which provides a forum for discussion as well as dissemination of information. There is also an active WhatsApp group of young crystallographers in Africa, which arose from a crystallography school in Sénégal. Social media is playing an important role in keeping crystallographers in touch with each other across our vast continent!

Significant progress has also been made in developing a database of practising crystallographers in Africa, as well as a list of equipment. The AfCA-SC members have contacts in most African countries, and this network is used to distribute information.

A formal bid process led to the selection of Kenya as the host of PCCr3 in 2021. We plan to formally launch AfCA at this meeting. The AfCA-SC is currently working hard on developing statutes for the new association, as well as supporting the formation of regional crystallographic societies representing various countries.

A vision and mission for AfCA has been developed out of the declaration signed at the Bloemfontein summit in 2014:

The mission of the African Crystallographic Association is to contribute to the advancement of science on the African continent via crystallography in all its aspects, including related topics concerning the structure and related properties of non-crystalline states, and to promote African cooperation in crystallography.

AfCA will realise its mission through actions laid out in its strategic vision. These include creating networks and establishing associations, organising PCCr meetings, supporting training activities such as schools, and OpenLabs and outreach. One significant action is to lobby for the introduction of a scientific visa to ensure mobility of researchers between African nations. This arises directly from the declaration at the 2014 summit, where obtaining visas was highlighted as a real obstacle to scientific cooperation in Africa.

The process of forming an African Crystallographic Association is gaining significant momentum. A solid foundation has been laid on which crystallographers on the continent can build in the future. It is an exciting time to be a crystallographer in Africa!