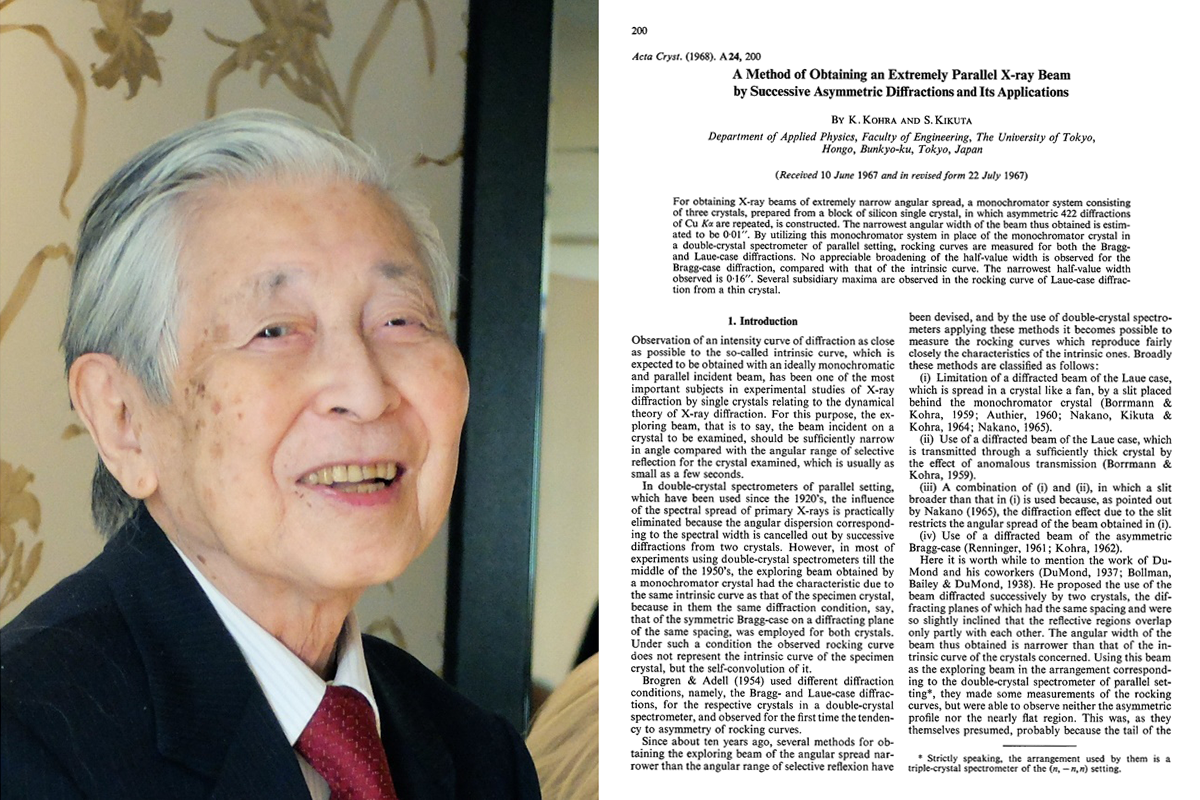 Kazutake Kohra photographed in 2016 and the title page from an article that he published, along with Seishi Kikuta, in the first issue of Acta Cryst. A.

Immediately after retiring from the University of Tokyo in 1979, he was appointed the first director of the Photon Factory, which was commissioned in 1982 at Tsukuba, Japan, as one of the first second-generation synchrotron radiation facilities in the world. The realization and success of the Photon Factory would have been impossible without the enormous leadership and great personality of Professor Kohra. He also acted as the first president of the Japanese Society of Synchrotron Radiation Research (JSSRR).

His primary research field was concerned with the dynamical theory of X-ray diffraction and its application to the observation of imperfections of crystals such as silicon and quartz using X-ray topographic methods. The high-precision X-ray optics with multiple crystals that he developed have been highly regarded. 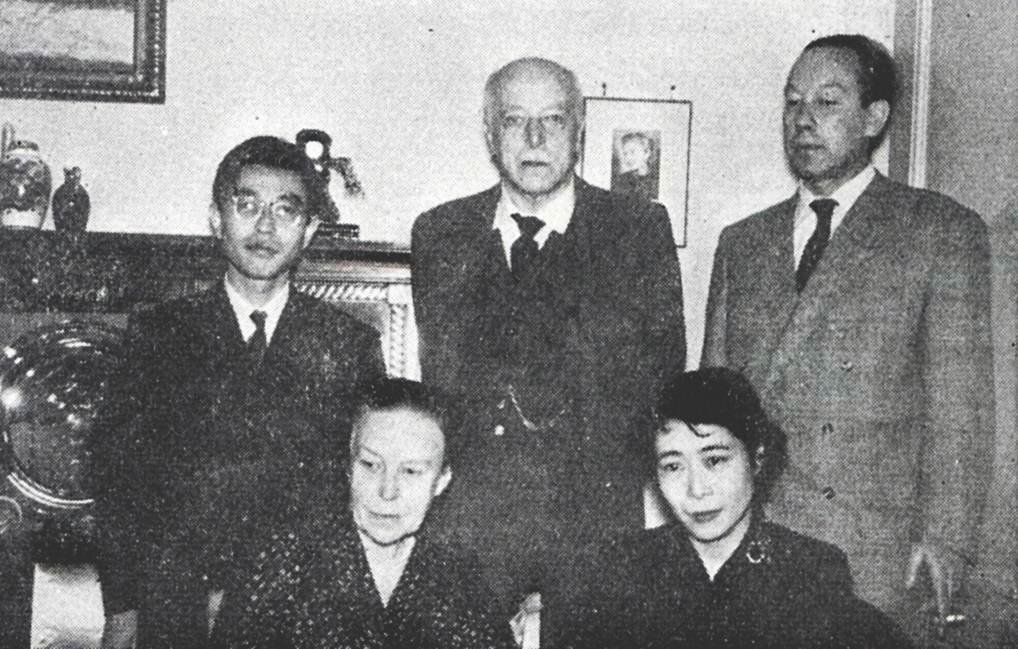 Professor Kohra had very close contact with Dr von Laue during his two-year stay in Berlin (see photo above) and often talked about their valuable interactions to us students, which still remain deeply in myself.

We all appreciated the prominent research activities, enormous leadership and great personality of Professor Kohra, and mourn his loss.

Yoshiyuki Amemiya is Professor Emeritus at the University of Tokyo, Japan.

Search for papers by Kohra, K. in Crystallography Journals Online.