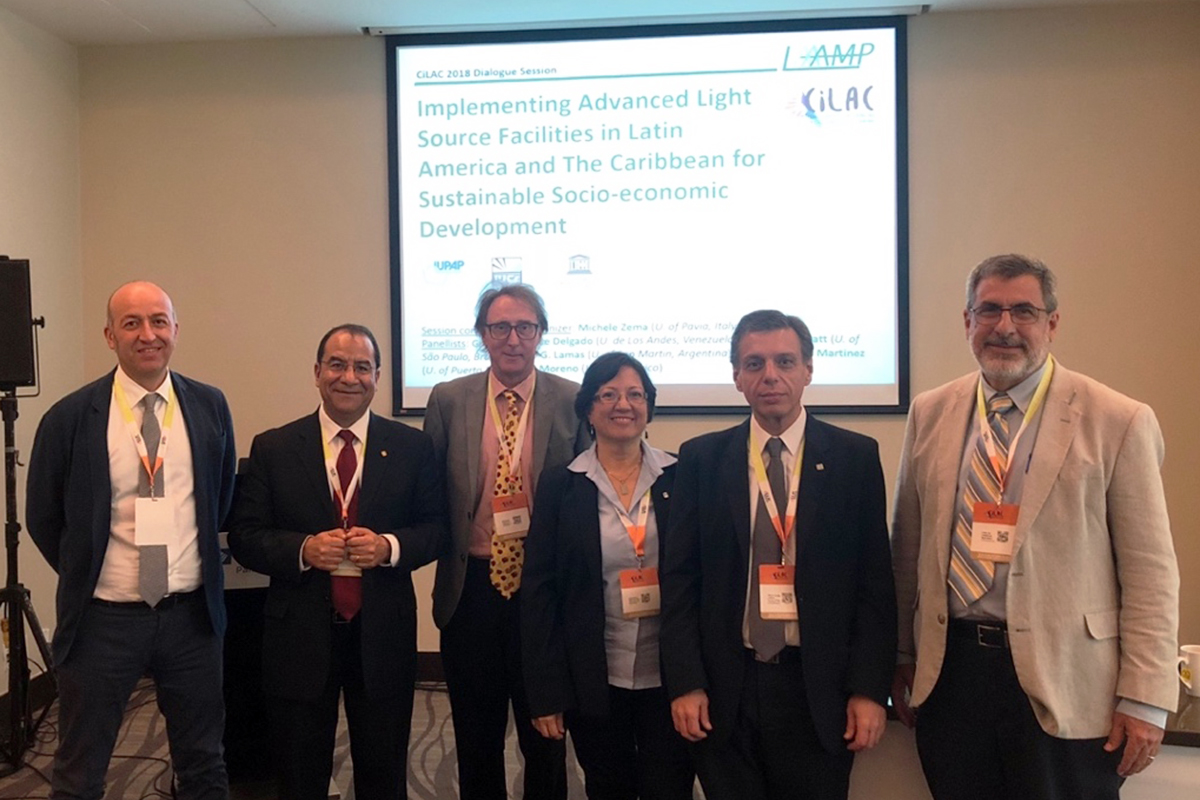 Since ancient times, humans have been fascinated by the beauty of crystals, their magic geometry, their intriguing shape, the existence of right angles and so on. These shapes have influenced the human mind, which has been most evident in the architecture of many buildings, skyscrapers and modern museums worldwide. During the second half of the 19th century, the architecture of many buildings was influenced by classical Greek architecture. However, at the beginning of the 20th century, the ideas of the Art Deco movement were expressed in the shape of large buildings. Later on, the Art Nouveau revival led to nonsymmetrical and curved constructions. But recently, it seems to be that modern architecture and the way that large buildings are being constructed are again being influenced by the shape of crystals.

Recently, I had the opportunity to visit Panama City on the occasion of the Open Forum for Science in Latin America and the Caribbean (CiLAC 2018), which took place on 22–24 October 2018. I was one of the panelists at the LAAAMP thematic session on 'Implementing Advanced Light Source facilities in Latin America and the Caribbean for sustainable socio-economic development', together with Michele Zema, IUCr Executive Outreach Officer (University of Pavia, Italy); Carlos Cabrera-Martínez (University of Puerto Rico, USA); Graciela Díaz de Delgado (Universidad de los Andes, Mérida, Venezuela); Diego G. Lamas (National University of San Martín, Argentina) and Richard Garratt (Universidade de São Paulo, Brazil).

During a break from the sessions, we walked along the most important streets in this beautiful Central American city. After a few blocks, a wonderful building came to our attention; it was perfectly shaped in the form of a screw axis (see below left) and it made us say altogether 'Crystallography is everywhere, even in Panama City'. This kind of building also reminded me of the Bankia building in Madrid, which has an orthorhombic shape, as well as others that resemble quartz crystals (below right).

Getting back to the CiLAC forum, we had a fantastic opportunity to discuss future developments of advanced light sources in the Latin America and the Caribbean region, and it was indeed great that such an important and strategic conference featured topics like synchrotron radiation and crystallography. For this, M. Zema and the whole LAAAMP Executive Committee have to be thanked for writing a good proposal and following up on their previous participation in the World Science Forum 2017 in Jordan. The CiLAC forum is a key regional space for debates and exchanges organized every two years in different cities of the region. It seeks to be a platform for outlining common positions and debating the scientific, technological and innovation agenda supporting sustainable development whilst simultaneously giving the region a strong voice in the global scope of the World Science Forum.

Our session was moderated by M. Zema, who started his opening speech with the most precise description I had ever heard about synchrotron radiation and advanced light sources, saying: 'Synchrotron light sources are the most sophisticated example of an open and multidisciplinary research infrastructure. They are comparable to supermicroscopes that probe the inner structure of matter. They produce very intense pulses of light, with wavelengths and intensities that allow detailed studies of objects ranging in size from human cells to viruses and proteins, down to atoms, with a precision that is not possible by other means. They allow researchers to investigate the structure and properties of a wide range of materials, from proteins ‒ to provide information for designing new and better drugs ‒ to probing novel materials for biotechnology, analyzing soils for green agriculture, to engineering applications, and the examination of archaeological artefacts'.

Most of the discussions were concentrated on the construction of synchrotron facilities in Latin American countries, such as Mexico, Puerto Rico and Cuba. The session was focused on discussing showcases and how advanced light sources successfully contributed to the socio-economic development of countries and regions, with particular reference to the Brazilian and SESAME experiences, by creating international scientific communities, improving education and creating new job opportunities.

In my contribution, I outlined a recent initiative of the Mexican Government to construct a synchrotron facility in the State of Hidalgo in the southeast of the Mexican Republic. It would be located in the Science Park area, where many industries and research centers have settled. Times of economic crisis are in reality times of many opportunities. If this Mexican synchrotron comes to fruition, it will reinforce the Mexican economy and enable it to provide for better technological opportunities, as happened in Brazil at the beginning of the 1990s. Besides this initiative, there are about 80 networks in Mexico sponsored by the National Council for Science and Technology (CONACYT). One of these – the Thematic Synchrotron Radiation Users' Network (RedTULS) – sponsors postgraduate students and academics to travel to synchrotron facilities. This network has allowed scientists to be trained and cultivated in the use of synchrotrons to support challenging research, which cannot be done by conventional instrumentation located in the universities. In his presentation, C. Cabrera-Martínez described the feasibility of constructing the first synchrotron in the Caribbeans, just in Puerto Rico. There are some investors from academia and government who are very much interested in this initiative. These two facilities (Mexico and Puerto Rico), which are at the business-planning stage at the moment, will create an environment that will encourage new scientific discoveries for the new millennium based on synchrotron light sources.

After returning home from CiLAC 2018, I received the good news that the State of Hidalgo has announced plans to invest USD 25 million as a seed contribution to develop a plan for a synchrotron light source in Mexico. The Mexican synchrotron facility will be completed by 2030. The facility will cost an estimated USD 800 million and its construction will take 10 years. Mexico could become the second Latin American country to host a synchrotron facility, after Brazil.